In observance of this important holiday, JIPSD offices will be closed Monday, November 11th.

Solid Waste collection will occur one day later than your regularly scheduled day. 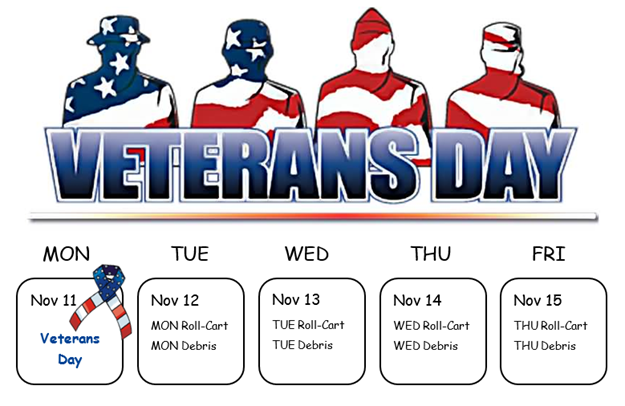 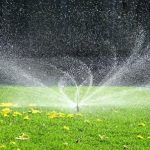 THESE ITEMS CAN INCREASE YOUR WATER USAGE AND AFFECT YOUR BILL:

Typically, if your readings return to more normal on your next bill it is likely that it was one of these reasons or another simple explanation that caused the increase and not a leak.

If you think it remains high, you may have a leak and should contact a plumber to investigate. Meters are imported monthly from Charleston Water System meter reads and neither can tell you the exact day and time that high usage occurs within any given cycle.

– Beginning Monday, October 14, JIPSD crews will be operating on the normal Mon-Thu schedule for all Solid Waste Services.
– County Contractor crews are in the midst of making a final pass to clear up remaining large storm debris.
– Moving forward, residents need to tell their personal contractors they need to haul debris away themselves. If someone is hired to remove a tree, that is exactly what they need to do – remove it.
– A small JIPSD crew will be out tomorrow catching up on the collection of man-made materials that had to be left behind during the recovery process.
– Post-Dorian, JIPSD crews have removed over 800 truckloads of debris totaling almost 22,000 cubic yards!
– Thank you all for your words of support and encouragement, and for working with us throughout this recovery process. 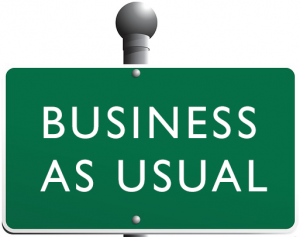 (Charleston, SC) Robert K. Wise, the District’s Administrator has decided to retire effective October 1, 2019. Fire Chief Michael (Chris) Seabolt will serve as Interim District Manager/Fire Chief of the District upon Wise’s retirement.
Wise has served JIPSD since June 1999 and he oversaw our most critical operations and management processes. During Wise’s tenure as Administrator, he played a critical role in helping the District adapt to significant changes in the management and District leadership. In the process, he served as a champion for establishing new partnerships with residents of James Island as well as many other related memberships to renowned Associations and currently serves as the President of the South Carolina Association of Special Purpose Districts through December 2019.
“Wise has contributed 20 years of experience to JIPSD, and his achievements will not be forgotten. Wise has mentored and developed excellent leaders across the District. Wise’s work ethic, command of complexity, devotion and client focus have been exemplary” said Alan Laughlin, Commission Chair of JIPSD. “Wise has been a mentor to many, and his influence has made an indelible impact on generations of professionals at the District. I want to thank Wise for all he’s done for the development and progress of JIPSD.”
“I look forward to continuing to work closely with Chief Seabolt in continuing the excellent public service of our District” said Laughlin.
Wise was instrumental during the financial crisis, Wise played an instrumental role in the management of the District’s risk exposures and mitigated expenses, even while JIPSD was continuing to meet the needs of the residents.
The JIPSD is a Special Purpose District that provides Fire & Rescue, Wastewater, and Solid Waste public services to the residents of James Island, which includes the residents in the Town of James Island, unincorporated areas of the island and the City of Charleston. JIPSD has a substantial and diversified client base of residents which includes homeowners, corporations, small local businesses, and financial institutions. Founded in 1961, the District is headquartered on Signal Point Road and maintains four fire stations and sixty-seven wastewater pump stations across James Island.